Kerala's Chief Minister Pinarayi Vijayan, on 23rd May, poured praises on his social media handle and wrote, "The young woman fought against circumstances, realised her dreams and has inspired women and ordinary people of this generation. Her story is a great inspiration to women and ordinary people. The family that supported Jeni’s dreams and wishes is also a role model for society. The entire society should be prepared to adopt that model of extending support to girls. I sincerely wish that Jeni could reach even greater heights". "Jerome was an inspiration for other youth to fulfill their own dreams.", Kerala’s Health Minister Veena George wrote on Facebook. "A big moment for the coastal community in Thiruvananthapuram and women", Transport Minister Antony Raju said. One of the many netizens who praised the young lady wrote, "This is real empowerment. She is a source of inspiration for a whole generation of people to come in future.", while another quoted, "From Cockpit pics, it looks she is on command A320. It was my dream too. Congratulations to her. It’s an achievement!"

Who are all these referring to? Who is that lady on whom such amazing praises are being poured? Who is Jeni Jerome they are talking about? She is Kerala's 23-year-old lady who became the first commercial pilot hailing from the coastal region of the southern state.

Jeni Jerome is basically from Kochuthura near Poovar, a coastal hamlet located at about 25 km away from Thiruvananthapuram. Her father Jerome works as a Fabrication Manager at the British company Lamprell. Her mother is Beatrice who always encouraged her daughter towards what she aspired. Her brother Jeby Jerome is a Chartered Accountant. Jeni spent her early childhood in Kochutara while in the later years, she pursued her education in the UAE. She has been living with her family in Ajman for over two decades now. Ever since she was in her teens, class 8 to be more specific, Jeni dreamt of flying. Her family, who noticed her love for the skies, supported her in all possible ways. Jerome, her father, also was as passionate as Jeni to see his daughter flying. As soon as Jeni finished her grade 12, she joined the aviation academy.

The Lady In The Cockpit:

When Jeni Jerome reached the high point in her life that got her closer to realising her dream of flying, she received an additional surprise package. While her maiden flight was scheduled to fly to Armenia, it was suddenly rescheduled to Kerala, her home state. "I was scheduled to fly to Armenia. It was later rescheduled to Kerala. I am very happy and proud to operate my maiden flight to my home town,” she said. Jeni co-piloted the Air Arabia flight, G9-449 from Sharjah to Tiruvananthapuram that left Sharjah at 10:50pm on 23rd of May, 2021. Thus, Jeni Jerome made history and became the first woman commercial pilot of her home state Kerala. “Jeni always loved flying. It was a dream she had from her younger days. In fact, her father Jerome was equally passionate about her flying. It was his dream too as much as it was Jeni’s.”her cousin Sherin told. 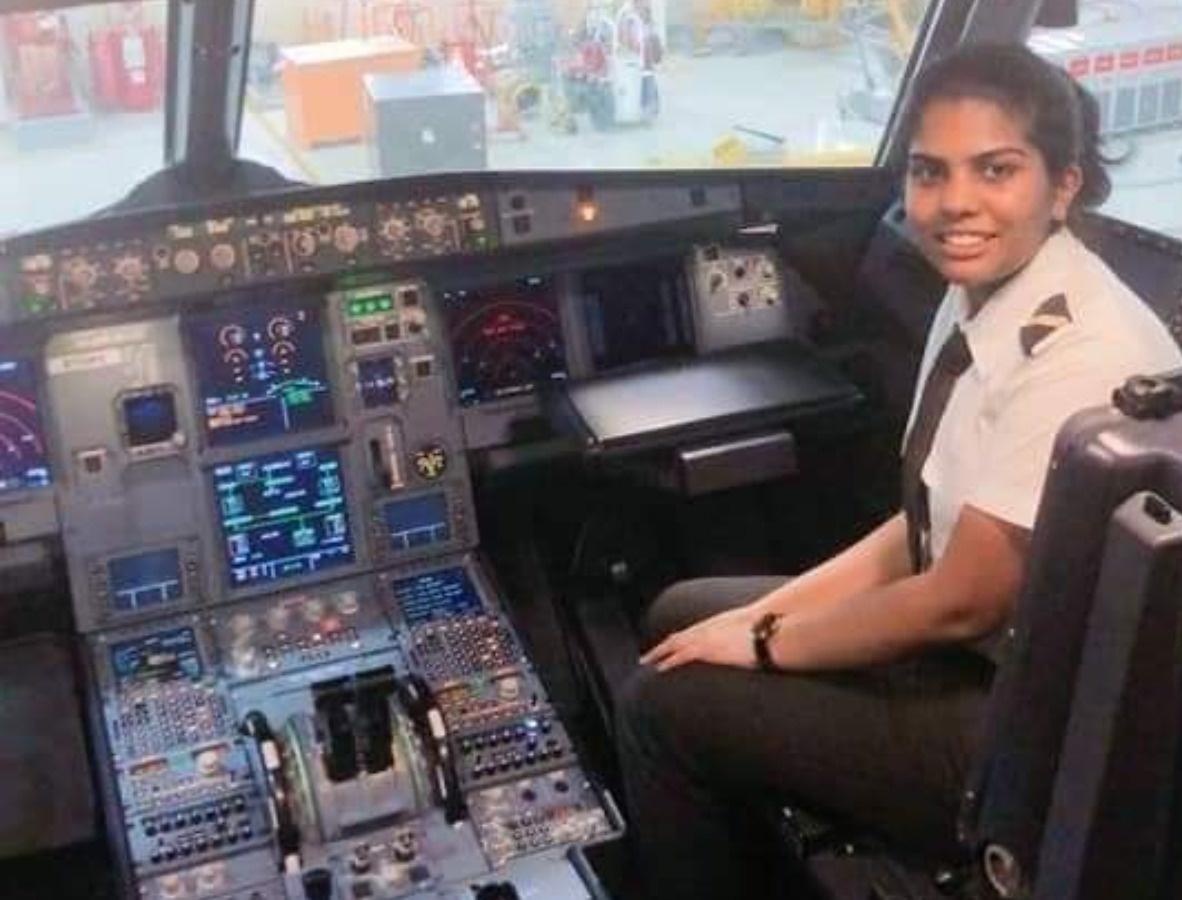 Even before she hit the cockpit, MP Shashi Tharoor congratulated the young girl and tweeted, “Congratulations to Jeni Jerome from Tvm’s Kochuthura on her maiden flight as co-pilot. When she flies today’s⁦@airarabiagroup ⁩flight SHJ to TRV, it’s the realisation of a childhood dream of a girl from a small fishing hamlet to be a commercial pilot. A real inspiration!”

In a scenario where women are challenging the male-dominated spheres proving their worth in every so-called "reserved for men" zones, Jeni's achievement is another milepost. It is again a reminder that women can bravely trespass into the zones kept exclusively for men. Now, in a country, where women are trolled for bad driving skills, stories of women like Jeni Jerome are coming to break the false perceptions. Women! Rise and shine to show what you are!